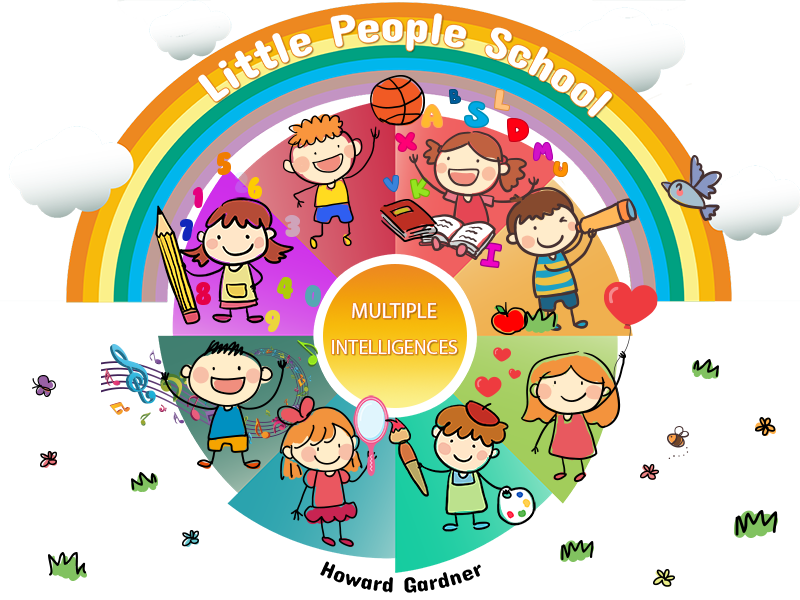 It was thought till the 80’s that a single type of intelligence existed and that its level was fixed since birth and for our hole life; the so called IQ or intelligence quotient, which was measured with appropriate structured tests which mostly registered a single persons level of mathematical – logical and linguistic skills.

But in 1983 Howard Gardner a pedagogy professor from Harward published a revolutionary text, Frames of Mind, The theory of Multiple Intelligences (Formae Mentis).

Essay on the multiplicity of intelligences (linguistic, logical mathematical, interpersonal, intrapersonal, bodily kinesthetic, musical, visual-spacial) which are considered to be biological potentials existing all since birth and empirically observable (such as behaviors, tendencies and expressed abilities). In half of the 90’s Gardner supposes the existence of two new intelligences, the naturalistic and the existencial one, without excluding the fact that there will be more to be discovered.

This theory considers all the various skills we possess, not just the “academic” ones. Every type of intelligence is considered to be a sort of talent which every human being uses as a tool to know himself and the world itself.

These intelligences are never isolated, (Gardner describes them as semi-autonomous devices that process information) but they interact to each other in complex ways.

In each human being those intelligences present indeed a different combination of levels of development which means that every intellectual profile is unique therefore different.

Where there is no specific pathology abridging the human activity of the brain we can state that we are all intelligent but in different ways.

Each one of us own in different levels, all the intelligences. Gardner undertakes the theory that it’s impossible that in a able-bodied person even one type of intelligence is missing, which helps overtake the fact that the same individuals are hopeless in some subject.

Every child for example possesses music abilities, but some will become composers, some singers or musicians and all the others, the majority will simply just happily listen to music or dance.

Every child can become sufficiently competent in every intelligence, if properly stimulated.

Gardner states that the improvement and the achievement of high levels in each intelligence is determined by genetic factors, but also depends from the learning opportunities that a child is given in a certain cultural contest.

It’s not sufficient to identify the personal inclination of an individual, it’s necessary to train them and unhand them, otherwise they will remain to their embryonic state.

Since the theory of multiple intelligences states that we are not bound to the intelligence profile which we are born with, once found the strong points of the child, we can help him use them to his advantages; instead working on his weaknesses we can help him improve them.

The school has the multiple goal to discover, unhand, compensate and stimulate every single intelligence, giving the child the chance to achieve success giving rise to other intelligences that are considered “less noble”.

Since biological factors certainly have their influence, it would be not possible to develop all the intelligences in the same way for everyone, not even bring them to an excellent level if the genetic requirements are missing.

The theory of the multiple intelligences assumes:

To finish here is a short description of the different types of intelligences: